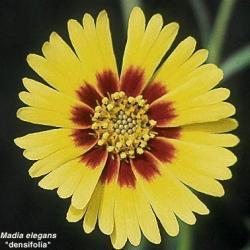 It is important to know the difference between cultivars, hybrids and varieties for propagation as well as legal reasons. Hybrids are fairly simple and most people who deal with plants are familiar as to how they are produced. Two plants of the same species or closely related species are crossed. This is done by placing the pollen on one plant on the stigma of another. The plant then goes on to produce seed that has the genetic make up of the two plants. The seeds are planted and the resulting plant is an F1 hybrid. Geneticists may go on crossing and recrossing the resulting plants until they get the characteristics that they deem desirable. Hybrid plants do not come true from seed at the F1 level. The only way to propagate them is to take cuttings or, in the case of perennials, divide them where that is possible. These plants can be back bred for multiple generations until they eventually stabilize and will come true from seed. These are patented plants and unless the patent has run out it is not legal to propagate them.
Plant tags and the literature in general tends to play fast and loose with cultivars and varieties. Cultivars that are produced by man. A plant under cultivation will throw up a sport, a branch or section of the plant that differs from the rest of the plant. Many of our variegated plants are the result of this process. Roses and many other woody plants will produce a branch with a different flower or fruit. These are removed and rooted (or grafted) to produce a separate plant. These plants are generally propagated vegetatively by cuttings and are all identical to the parents. These plants are known as ‘ cultivars and again can be protected by patent. It is possible to tell if a plant is a cultivar by how it’s name is written. We are all familiar with plain green Aegopodium podagraria also known as gout weed or bishops weed. The variegated form is a cultivar and is written Aegopodium podagraria ‘Variegatum’. The species name may be dropped so that a cultivar name is written simply Aegopodium ‘Varigatum’ or Buddleja ‘Lochinch’. While cultivars are generally the product of man’s intervention varieties are produced by nature. They are the result of Mother Nature doing a bit of hybridizing or are spontaneous mutations. Generally, these plant come true from seed. We often see this in our own gardens. The rose campion will produce a few plants that are white. The blue forget-me-nots start to produce pink and white flowers. These are varieties. Rose campion is Lychnis coronaria so the white form should be Lychnis coronaria var. alba. It is rare to see this form used as usually they are written as cultivars. When you do see the var. designation it alerts you to the fact that the plant is probably going to come true from seed. The patents on varieties are a bit more obscure as they are naturally formed and may be growing wild. Perhaps this is why the cultivar designation is used. Keep this in mind when buying plants. Although not all plant growers use the appropriate nomenclature if they do it can tell you something about the plant. It also tells you if you can give a piece of it to your neighbor or sell it on eBay. Also, be advised that patents are limited to 20 years so many erstwhile patented plants are now in the public domain. As the patent runs out, you may have noticed, that the plants become less expensive.