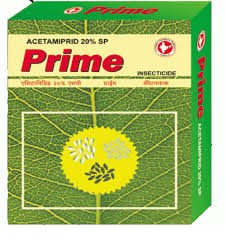 We recently had a question about neonicotinoid insecticides. Specifically, one of our members was advised not to buy plants treated with these chemicals. We can assume that most plants that we purchase are treated with some sort or insecticide as growing plants in close quarters is almost impossible with out some sort of infestation. So are these more dangerous that other things used in controlling damaging insects? That, of course, is one of those questions that is controversial, with the answer depending on which study you choose to believe. .

This group of insecticides hit the market in the late 1990s to the early 2000’s. The chemical compounds resemble nicotine and they were developed as a substitute for this highly poisonous compound. While nicotine, has been used for hundreds of years to control insects, it is poisonous to mammals as well as pests. The neonicotinoids were thought to be less dangerous to mammals as they were aimed at a particular physiological process in the central nervous system of insects. Specifically, they affect the acetylcholine receptors. Humans and other mammals, of course, have acetylcholine receptors also but the physiological process is different and not affected by these chemicals. They were also engineered to provide longer lasting protection than nicotine was able to provide.

The neonicotinoids are currently the most widely used insecticides in the world. They are used extensively in the agricultural areas of the world and are estimated to be the prime insecticide in over 120 countries. They are used on 140 different crops or crop related processes including seed treatment, soil pests and animal pests. Ninety five percent of all corn and canola crops are treated with neonicotinoids as well as most of cotton, sorghum and sugar beet crops.
They are useful in control of members of the Homoptera, Coleoptera, and Lepidoptera families, respectively sucking insects, beetles and caterpillars. In various forms they are also prescribed by veterinarians to control fleas in cats and dog.

There are several neonicotinoids that are used in the United States at the current time. Imidacloprid was introduced in 1994. It comes in different forms that can be used to treat soil, spray foliage and as a coating for seeds. It controls sucking insects, whiteflies, insects in the soil, and some beetles. It is also used in flea control. Imidacloprid is considered to be extremely harmful to bees.

Thiacloprid is a product of Bayer, the German pharmaceutical company best known for aspirin. It has been in use since 2013 and was developed primarily to control sucking insects such as whiteflies and aphids in agricultural crops. Similar in chemical make up to acetamiprid it is less toxic to bees. It is also effective on slugs.

Clothianidin was developed by Takeda Chemical Industries and Bayer. It is widely used on corn crops. The slightly different chemical makeup of these compounds make them more or less toxic to bees. Clothianidin is one of the more toxic of the neonicotinoids.
Acetamiprid is effective on vine weevils, leaf miners whiteflies, leaf hoppers, thrips, and aphids. It is also used to eliminate bedbugs and other household pests. This neonicotinoid is, like its sister chemical Thiacloprid, less toxic to bees than some of the others. Acetamiprid is however much more in use to treat products that go directly to the consumer. It is used on leafy vegetables and vegetables with seeds such as tomatoes. It is also used on fruit producing trees including pears, apples and the citrus fruits. It controls insects in grapes and cotton. This is the only neonicotinoid that specifically states that it is used on ornamental plants and flowers.

Nitenpyram and itenpyram are primarily used in products to control fleas on cats and dogs. They are oral preparations that enter the animals blood stream. The fleas are killed when they ingest the treated blood. Because the acetylcholine receptors are different in mammals than in insects allegedly this is not harmful to the dog, cat or other animal. These chemicals are also used on cotton and corn as well as in seed treatments but have been somewhat superseded by the newer versions of the neonicotinoids. Interestingly enough these two compounds degrade in water and when exposed to UV light.

Dinotefuran was developed by Mitsui Chemicals for use on leafy vegetables. It controls aphids, whiteflies, thrips, leafhoppers, leafminers, sawflies, mole cricket, white grubs, lacebugs, billbugs, beetles, and mealybugs. Recent studies suggest that it may also be useful in the control of the invasive spotted lanternfly. Dinotefuran is also used in buildings infested with cockroaches and in turf grass management. It is another neonicotinoid that is used in flea and tick control although it is not orally administrated but is sprayed in areas that are infested. This compound was banned in Oregon for some time as it was allegedly connected with a large bee kill but was later relicensed.

The major danger of the neonicotinoids lies in the fact that they are systemics. If they are sprayed or dusted on the plant or used in the ground around the plant they are incorporated into the plant tissue. They are in the leaves, roots, stems, flowers, seeds and pollen. One study at least could not detect their presence in the nectar. They cannot be washed off or in anyway separated from the plant.

Remember that they were developed for longevity? Their half-life is measured in years. It can take 2 years for half of the chemical to leave the plant. Annual crops are going to contain the chemical up to harvest time. Incongruously growers are advised not to spray while a plant is in flower to protect bees but since the chemical will still be present when the plant does flower this seems to be a futile exercise.

Treated seeds will grow into plants that contain the neonicotinoids. The soil surrounding these plants and other nontreated plants will become contaminated. These chemicals travel and are highly soluble. Plants surrounding treated fields have been found to contain the chemicals. Several years ago, after complaints about ornamentals containing neonicotinoids introducing it into home gardens, Home Depot began fazing out growers who used them or requiring them to label the treated plants.

Other sellers are not so open about what insecticides as used on the plants they sell so they may or may not contain these insecticides.
These are probably the most widely studied chemicals at the moment. We don’t have room here to go into all of the research. The premise with humans and other mammals is that because the acetylcholine receptors in mammals differ from those in insects they are not harmful to humans. There are those that beg to differ with this contention. There are also concerns with the effects on animals, humans and the environment from the byproducts of the breakdown process.

Even semi-field studies where the researchers provide a source of neonicotinoids tend to have higher rates of harm than field studies where the bees function in their natural environment. On the whole honey bees seem to have some natural protection although it is not possible to say they are unaffected. While neonicotinoids may have an adverse affect on individual bees the hive adapts and shows a lesser impact.

Draw your own conclusions. If this family of insecticides doesn’t degrade for years it stays in the products to which it is applied. Neonicotinoids can be in the plants you buy. They are most probably in your food. One study found them is 72% of fruit, 45% of vegetables and 50% of honey that was sampled. All of the samples had at least two neonicotinoids present. They may be even in organic foods if they are grown near fields that are treated with neonicotinoids. These are silent chemicals and no one is going to put a label on products containing them except maybe Home Depot. They are allegedly not harmful to humans. Only time will tell on that allegation.

One Reply to “Neonicotinoid Insecticides”